The Best Places to Build a New Home near Minneapolis

The Minneapolis-St. Paul area is a great place! But what if you long for a place with little more peace and quiet that’s still within easy access of all the Twin Cities have to offer? Here’s a look at some of the best places to build a new home near Minneapolis.

The history of Plymouth predates Columbus' discovery of America! The original inhabitants were the Dakota, who had an encampment at the north end of Medicine Lake. In 1855, what was to become Plymouth was founded on the northwest shores of what is currently known as Parkers Lake and a gristmill and other structures were built in the area.

A lot has changed since those days! Today, Plymouth is the third-largest suburb of Minneapolis-Saint Paul, with a population of 78,351 (as of April 2018). Located just 12 miles northwest of Minneapolis, Plymouth is nationally recognized for its quality of life with extensive trails and parks, picturesque open spaces, strong neighborhood communities, highly regarded schools, easy access to shopping and entertainment, and a quick commute to downtown Minneapolis.

You Can Get There From Here!

Many major highways run through or near to Plymouth, providing easy access to the metropolitan area. Interstate 494 and Highway 55 both run through Plymouth as well. Highway169 is on the city’s eastern border and I-394 is within four miles from the center of town. You really can get there from here!

Plymouth is much more than convenient—it boasts beautiful natural amenities as well.  There are more than a half a dozen sizable bodies of water nearby. Nearby Medicine Lake is the second largest lake in Hennepin County and draws anglers and boaters from around the area. Plymouth residents are also serious about preserving their city's natural beauty and have

authorized the City of Plymouth to issue bonds to purchase open space for preservation and parks.

Even though residents have a short commute to Minneapolis, there are great employment opportunities in Plymouth itself. The city is home to a thriving commercial-industrial base that employs approximately 60,000 people. That helps to make Plymouth Minnesota's fourth-largest economy!

If you’d like additional information about Plymouth, visit the Community Profile area of the Metropolitan Council's website for information on demographics, economy and jobs, housing, and more. 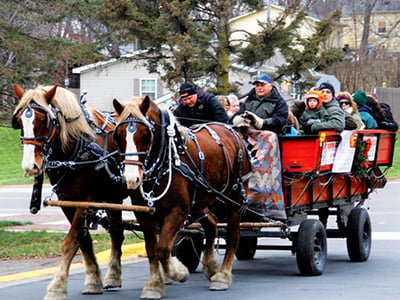 Straddling Wright County and Hennepin County the small town of Rockford (with a population of 4,316 at the 2010 census) exudes a rural small-town atmosphere that’s just 30 miles west of the Minneapolis metropolitan area (with Minnesota State Highway 55 serving as the main route into the city). This image of the recent Crow River Christmas Saturday gives you an idea of what we mean by the "small-town atmosphere." Good luck finding this kind of relaxed family fun in Minneapolis!

A Bit of History

In 1855 Rockford began as a settlement that was intended to lure settlers to the Minnesota Territory from nearby St. Paul. The town was platted in 1857 and took its name from the nearby rocky ford on the Crow River.

You’ll find lots to do around Rockford. Visit Lake Rebecca Park Reserve for mountain biking, hiking, and cycling. Take your pooch for a stroll or run in Lake Sarah Dog Park. Enjoy the beach at Lake Rebecca. Adults can even visit Buffalo Rock Winery to check out the local wines.

How Rockford Stacks Up

Even though Rockford is located serenely away from the major metro area, the commute isn’t bad at all. The average commute time is just under 27 minutes.

Now is a good time to purchase a home in Rockford! In the last 12 months, home appreciation is up 7.5 percent.

Long before Blaine was settled, Dakota and Ojibwe hunted on the land.  In 1847, a government land survey crew led Andrew Hewett, measured the perimeters of the township, "by slogging through swamp and thicket and over dunes" and pronounced it, “almost inaccessible for either man or beasts except when frozen up." It’s perhaps no wonder that Minnesotans are known as a hardy bunch!

For many years, the area was dominated by dairy farms—until after World War II, when a shortage of housing for returning troops and their growing families led to starter home developments in parts of Blaine. Dairy farms then gave way to vegetable and sod farms—and the development of more housing.

The “best-places-to-live” site, niche.com gives this town of 62,453 (just 12 miles north of downtown Minneapolis along Interstate 35W and Highways 10 and 65) a very high “A- “overall rating because of the excellent housing opportunities, good crime and safety, diversity, and as a place that’s “Good for Families.” Blaine has some of the best schools in Minnesota (several with “A” ratings). You can review all 43 public schools in Blaine here.

Blaine is home to the National Sports Center, an Olympic-class training facility and an international hub for youth sports. It is also home to the TPC – Twin Cities golf course, which hosts the annual 3M Championship of the PGA Champions Tour. Inside the city limits, you'll find more than 60 parks and 140 miles of trails

Things to Do in Blaine

Check out the Blaine Wetland Sanctuary, a new and developing 500-acre natural treasure, just north of Minneapolis that features hard trail and boardwalks that meander through four distinct habitats. The Blaine Wetland Sanctuary provides educational programs, field trips, and naturalist-led hikes. It’s a great place to learn about the importance of wetlands to our environment.

Hike or bike the East Anoka County Regional Trail (a 4.9-mile asphalt trail) that parallels Lexington Avenue from the Rice Creek North Trail to 125th Avenue. The sun-scorched trail stops at every light, so it's just like an off-street bike lane, and you can observe the slow transition from suburbs to cornfields.

Stop for a brew at Invictus Brewing Company and savor their uncompromising commitment to quality in every beer they brew. Invictus is located adjacent to the National Sports Center in Blaine and features tours, a beautiful taproom with a capacity of about 200. The brewery also partners with the Tipsy Steer, a locally owned and managed kitchen that serves up local sassy brew food to our customers.

And, in late June, don't miss the Blaine Festival with fun for the whole family!

You have absolutely no reason to go hungry in Blaine. The city offers everything from well-known chains to local favorites. Check here for additional details.

For those who want to venture a little farther afield, Price Custom Homes also builds in great communities such as Ham Lake, Andover, Oak Grove, Elk River, and Zimmerman. In future posts, we’ll take a closer look at those marvelous Minnesota communities! 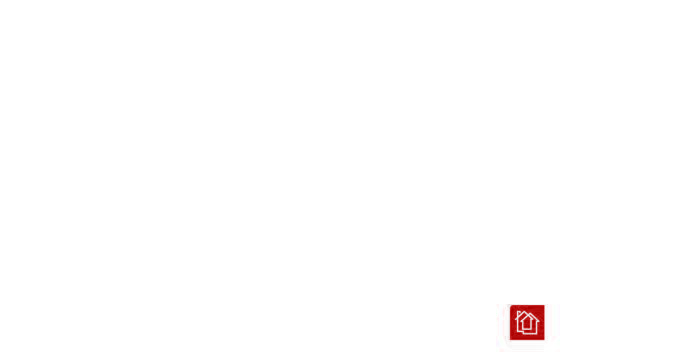